The Safety Framework in Autonomous Cars

Ever wondered how the vehicular safety framework has been defined in autonomous vehicles?

Till now we have heard of the ADAS – Advanced driver-assist system and the related five levels of autonomy. However, there is an underlying safety mechanism that works from inside in self-driving vehicles. Having been tested and argued for a long, the safety framework is designed to ensure safe driving in the fully autonomous mode.

Let us explore how does this mechanism or module make driving safe for people, property, and animals in the surrounding.

In autonomous vehicles, the level 5 autonomy is the highest point wherein, there is zero human intervention and the vehicle moves with a calibrated effort of the computer vision system, LIDAR, or radar-based sensing along with deep neural networks using machine learning algorithms for prediction of its movement. Object detection, recognition, image localization are some key elements when an autonomous vehicle is moving.

Autonomy normally works as per the ODD or Operational Design Domain, which has pre-defined developer set parameters pertaining to geography, weather, lighting, marking on the roadway, and previous on the roadway. There is zero human interaction and the vehicle is clearly on its own as the capabilities of the vehicles encompass a strong focus on a collision-free, lawful driving plan. Autonomous vehicles are thus bound by legal guidelines as per the country-specific regulations.

Also Read: Why Self-driving Cars Taking Too Much Time: Challenges of Autonomous Vehicles

The ODD and the safety framework 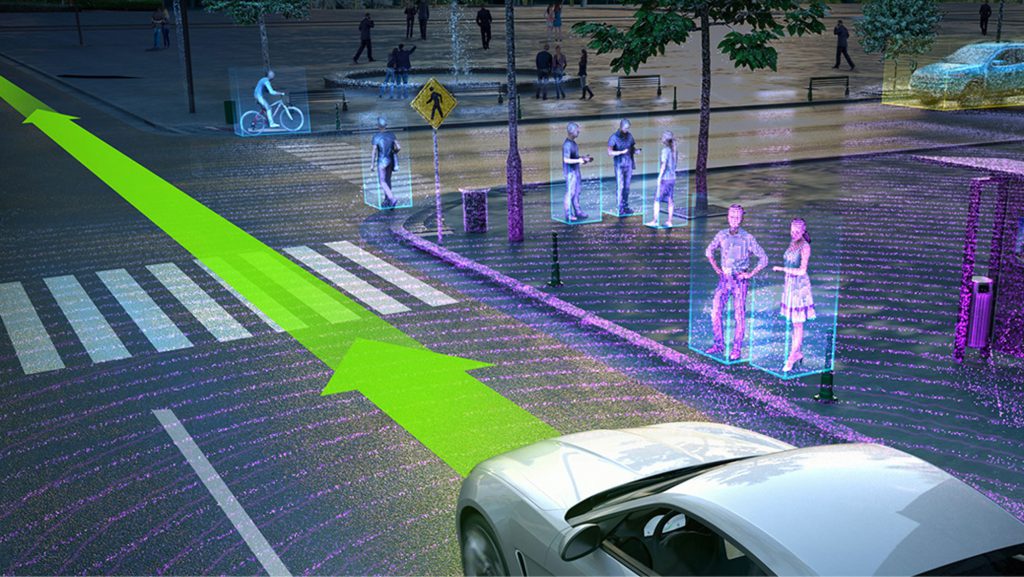 The ODD attributes importantly include – the operating environment; atmospheric conditions; dynamic elements or moveable objects. The ODD was first mentioned in the SAE J3016 document developed by the team of experts working on autonomous vehicle’s safety standards.

The safety framework is based on Safety of the Intended Functionationality (SOTIF). It introduces an iterative development function and design which leads to the intended move based on validation and verification. In terms of the safety framework, autonomous vehicles are built with the goals of reducing potentially unintended behaviors corresponding to an acceptable level of minimum risk with the safety goals. The safety framework primarily delineates a triad of functions mentioned as below:

The safety framework is based on the ISO 26262 standard developed for passenger vehicles pertaining to the functional safety of all types of vehicles. According to this standard, the safety risk is evaluated by ASIL or Automotive Safety Integrity Levels. In addition to this, the Secure Development Cycle (SDL), the risk assessment in autonomous vehicles is done basis on tri-dimensional structure as below:

● System state depending on Run, Boot, Rest, and Development

1. The nominal speed is not achieved

2. The controllability by the vehicle operator

5. Reaction on insufficient nominal performance and other failures

Such factors will vary basis the scenario in which the autonomous car is being driven and the defined security architecture. Autonomous vehicles perform multiple functions by processing vast amounts of data congregated with the help of Lidar or radar, computer vision, and Deep Neural Networks or DNNs. The DNNs are utilized in the self-driving car function as per the adopted safety model architecture and training data for autonomous driving. The DNN is trained, optimized, and integrated with ADS before final safety modeling is carried out. Training data for autonomous vehicles is usually labeled with specific elements tagged as per the main architecture of the automated driving system. Machine learning models have significantly contributed to the initial training for Deep Neural Networks and ensured that the adopted safety framework works as per the main model architecture in the fully autonomous mode.

For decades, before the final rollouts in the real, the safety framework in autonomous vehicles has been a bone of contention for the automotive and tech giants, alike. Safe driving experiences are increasingly dependent on decisions by human drivers and comprehensive implementation has been done to make autonomous vehicles safe and secure for passengers. A good amount of success in this direction has been achieved by autonomous vehicles manufacturers while further developments are underway to launch self-driving on a wider scale.