Autonomous vehicles, especially self-driving passenger cars are like a dream when it will become come true. Yes, I’m talking about the time full-fledged deployment of artificial intelligence into a car that can run automatically on the busy road in various scenarios, without driver’s assistance avoiding all the objects making the journey safe and crash-free.

Yes, till now except few commercial vehicles, there are no self-driving cars runs at the fully automotive mode. Though a few years back Google and Tesla have successfully tested autonomous vehicles, even Tesla motors provide a different level of autonomy but were not successful enough, due to few accidents that happened while on testing and at the time of real-life use by the car owners.

Do you know why autonomous vehicles are still not on the road, or what are the reasons it is taking this much time to make such vehicles successfully run on the road? Many small problems are working with such technology. And then there’s the challenge of solving all those small problems and putting the whole system together.

Level 0: This level, you can say nothing to do with automation, means, all the systems like steering, brake, throttle, and power are controlled by humans.

Level 1: Yes, the level of automation starts from this stage. At this stage of autonomy, most of the functions are still controlled by the driver, but a specific function (like steering or accelerating) can be done automatically by the car.

Level 2: In this stage of automation, at least one driver-assistance system is automated like acceleration and steering, but requires humans for safe operation. Actually, at this level, the driver is disengaged from physically operating the vehicle.

Level 3: At the third level of automation, many functions are automated. Yes at this stage the car can manage all safety-critical functions under certain conditions, but the driver is expected to take over when alerted due to uncertain conditions.

Level 4: This is the stage you can say a car is fully autonomous that can perform all the safety-critical functions in certain areas and under the defined weather conditions. But not all the functions.

Level 5: If a self-driving car is equipped with the 5th level of automation, it is a fully autonomous vehicle, capable of self-driving in every driving scenario just like humans control all the functions.

Few automotive manufacturers like Tesla are already integrated certain level of automation into the cars, but not level 5 or full automation, as there are certain challenges of autonomous vehicles making difficult for the manufacturers to develop an AI-enabled fully automated car that can run without human intervention with complete safety.

To develop an autonomous vehicle a machine learning-based technology is used for integrating the AI into such models. The data gathered through sensors can be understood by cars only through machine learning algorithms. 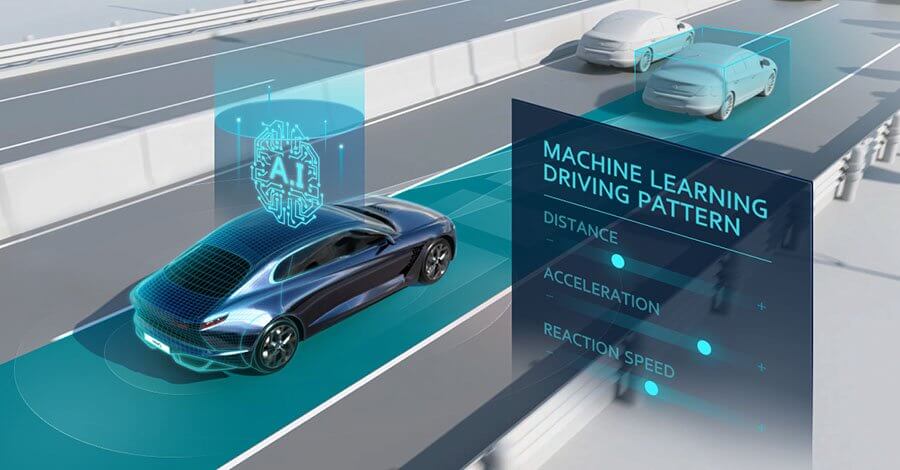 These algorithms will help identify objects like a pedestrian, a street light detected by the sensors and classify them, as per the system’s training. And then, the car uses this information to help decide whether the car needs to take the right action to move, stop, accelerate, or turn aside to avoid a collision from objects detected by the sensors.

Also Read: How To Ensure Quality of Training Data for Your AI or Machine Learning Projects

And with the more precise machine learning training process, in near future machines will be able to do this detection and classification more efficiently than a human driver can. But right now there is no widely accepted and agreed basis for ensuring the machine learning algorithms used in the cars. There are no such agreements across the automotive industry how far machine learning is reliable in developing such automated cars.

Autonomous cars run on the road, and once it starts driving, machine learning helps it learn while driving. And while moving on the road, it can detect various objects that have not come across while training and be subject to software updates. 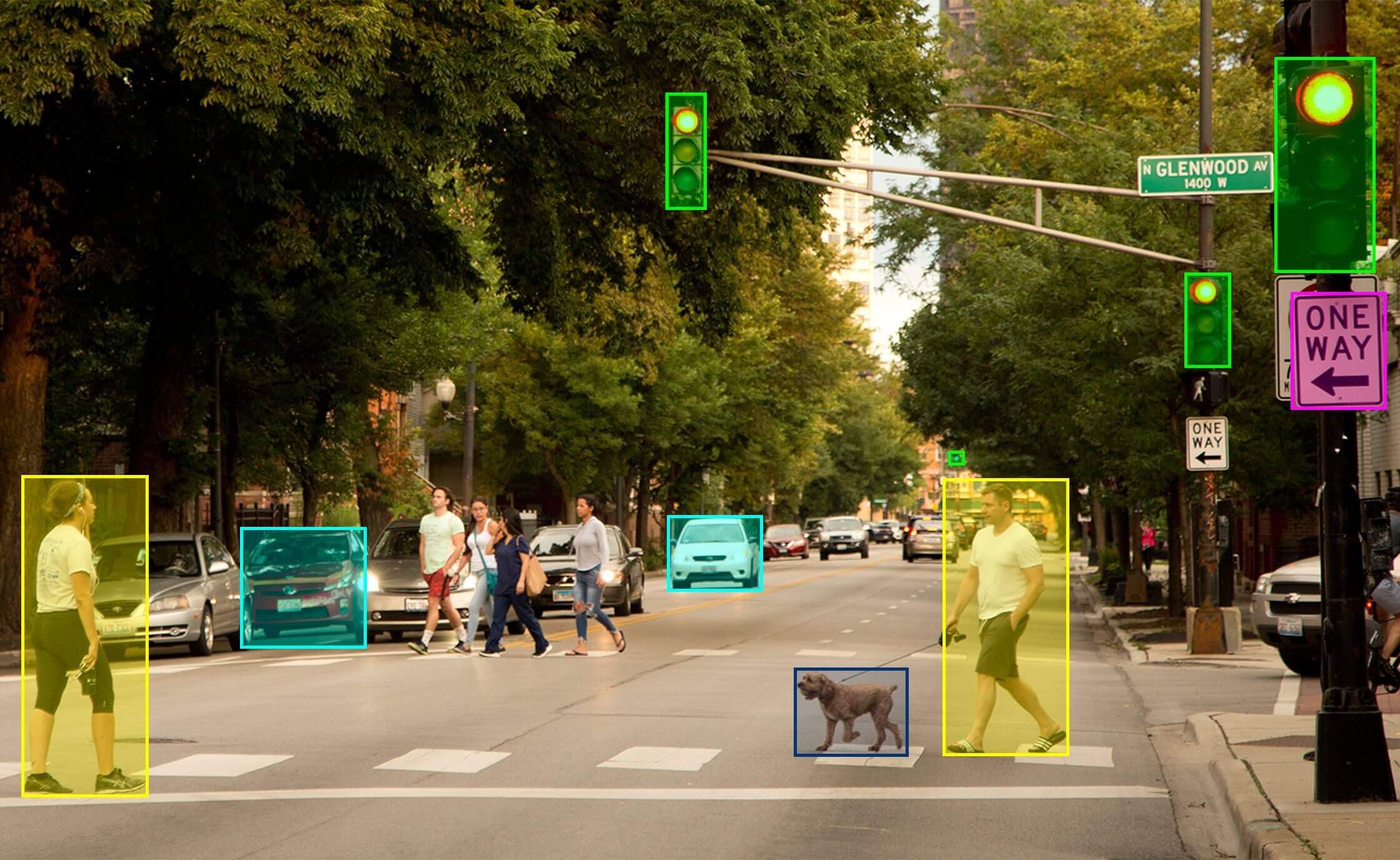 As the road is open, and there could be unlimited or multiple types of new objects visible to cars, that have been not used to train the self-driving car model. And how to ensure that system continues to be just as safe its previous version. Hence, we need to be able to show that any new learning is safe and that the system doesn’t forget previously safe behaviors or something like this, the industry yet to reach agreement on.

Acceptability at the Social Levels

Over the past year while testing or in real-life use, self-driving cars involved in the crash on autopilot mode. And such incidents discourage people to fully rely on autonomous cars due to safety reasons. Hence, social acceptability is not acceptable to such car owners but also among other people who are sharing the road while running on the road with them.

So, people need to accept and adopt the self-driving vehicle’s systems with involvement in the introduction of such new-age technology. And unless the acceptability reached social levels, more people will not use to buy self-driving cars, making it difficult for the automotive manufacturers to further improve the functions and performance of such cars.

To sense the surroundings of an enjoinment, a self-driving car use a broad set of sensors like Camera, Radar, and LIDAR. These sensors help to detect varied objects like pedestrians, other vehicles, and road signs. The camera helps to view the object while on the other hand, Radar helps to detect objects and track their speed and direction. 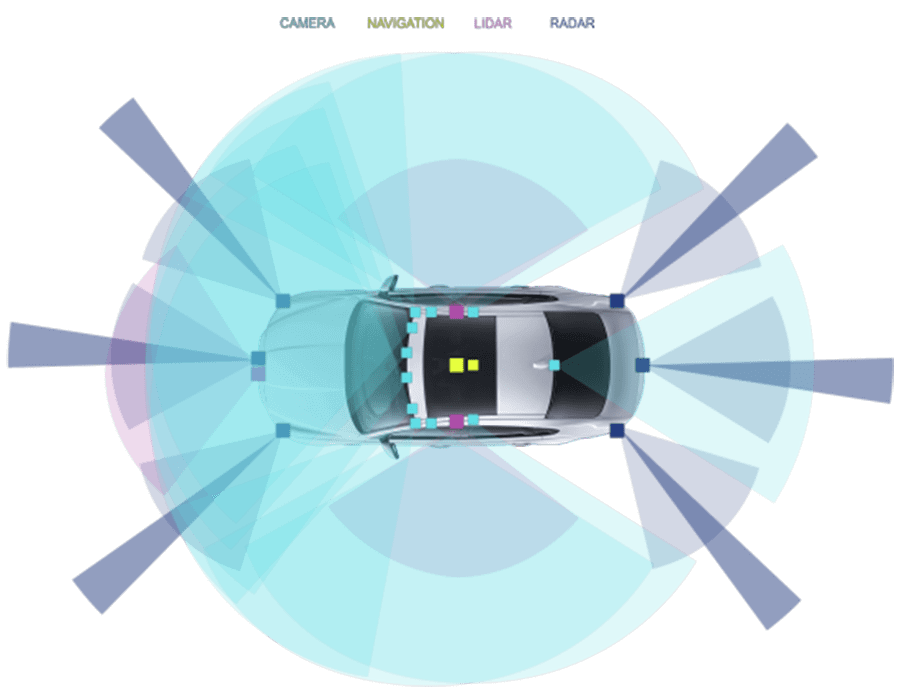 Similarly, there is another important sensor called LIDAR that uses lasers to measure the distance between objects and the vehicle. And a fully autonomous car needs such a set of sensors that accurately detect objects, distance, speed, and so on under all conditions and environments, without a human needing to intervene.

Why LIDAR for Self-Driving Cars?

All these sensors feed all gathered data back to the car’s control system or computer to help it make decisions about where to steer or when to brake and turn in the right direction. Uncertain environment conditions like Lousy weather, heavy traffic, road signs with graffiti on them can all negatively impact the accuracy of sensing capability. 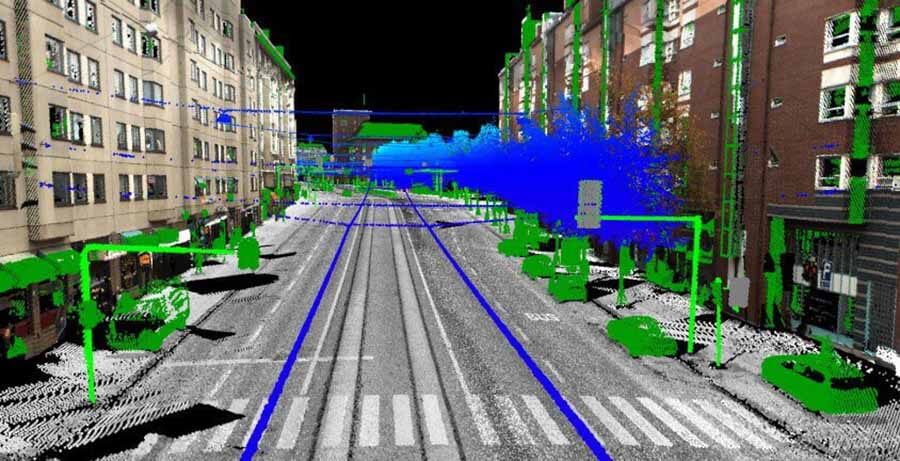 Here, Radar sense is more suitable, as it is less susceptible to adverse weather conditions, but challenges remain in ensuring that the chosen sensors used in a fully autonomous car can detect all objects with the required level of certainty for them to be safe. So, the LIDAR sensor is more important and precise to detect objects with range depth.

Also Read: LIDAR Sensor in Autonomous Vehicles: Why it is Important for Self-Driving Cars

To utilize the power of sensing the objects from the distance, LIDAR is no doubt the best suitable sensor for self-driving cars, but making the different types of objects and various scenarios perceivable such images are labeled through LIDAR 3D Point Cloud Labeling service. 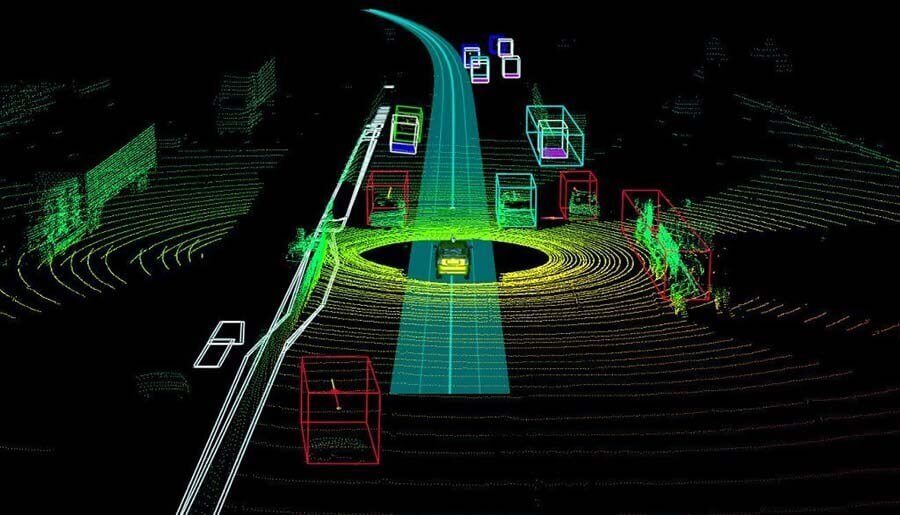 LIDAR point cloud segmentation is the technique used to classify the objects having the additional attribute that a perception model can detect for learning. For self-driving cars, 3D point cloud annotation services help to distinguish different types of lanes in a 3D point cloud map to annotate the roads for safe driving with more precise visibility in 3D orientation.

Also Read: Why Data Annotation is Important for Machine Learning and AI

Anolytics offers the 3D Point Cloud Annotation for LIDARs with the next level of accuracy. Anolytics works with the annotation team having an enriching experience working with point cloud data, 3D Object tracking with 2D mapping, semantic segmentation of point cloud data with applications in intelligent vehicles, and autonomous terrain mapping and navigation.